Binding Rust to other languages safely and productively 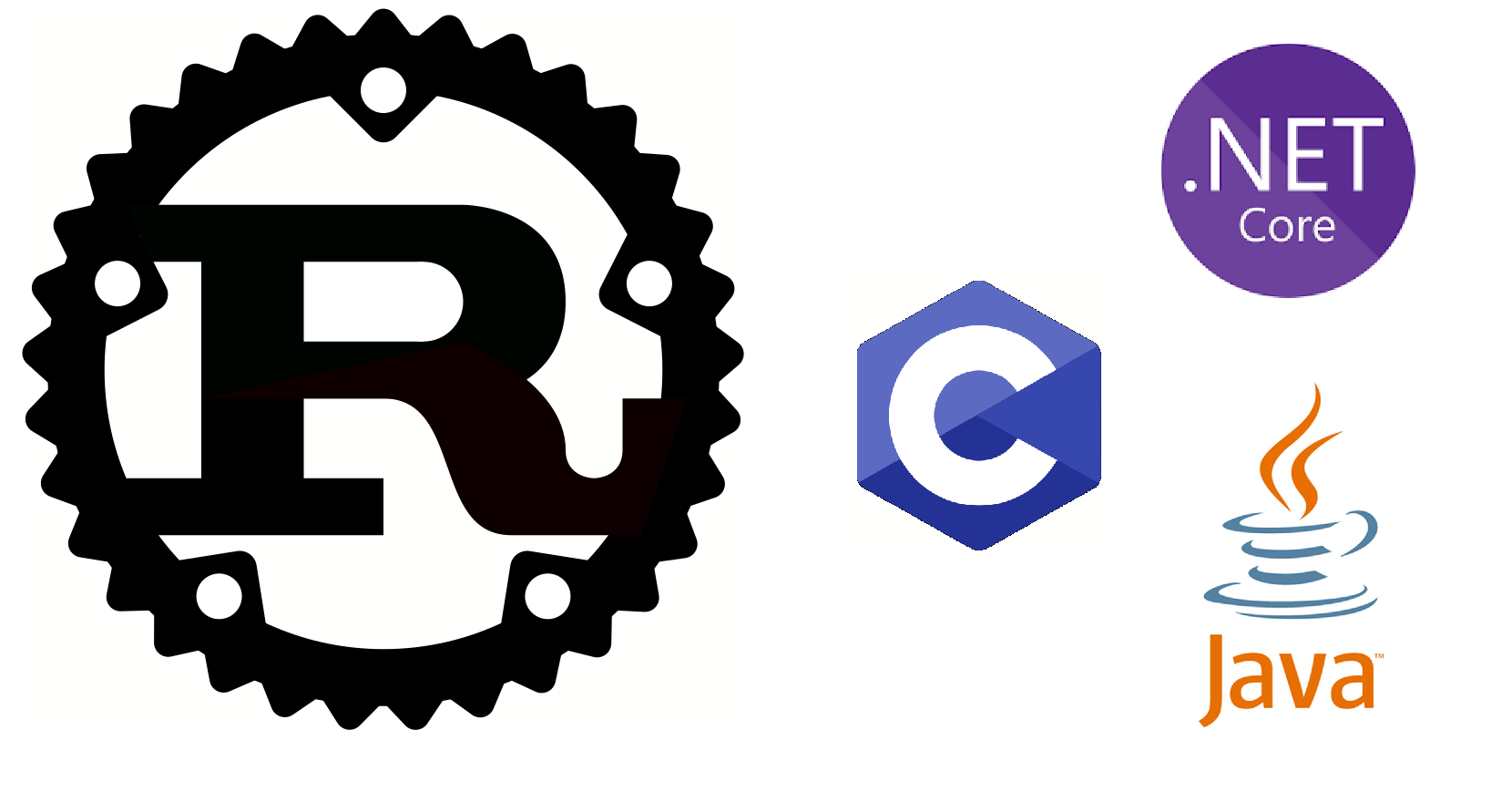 When we made the decision to write our next generation of libraries in Rust, we knew we needed a solid approach for binding them to other languages. It may be some time before we have customers purchasing our libraries to use them in a Rust-only codebase. The majority of our customers will want to use the libraries in C/C++, .NET, or Java.

Writing the core implementation in Rust means more productivity, fewer errors, and certain safety guarantees compared to writing it in C++. This is incredibly valuable and worth the effort of building a binding solution.

From our clients perspective though, Rust can represent more of a hurdle. Binding any kind of native code into a higher level framework like Java or .NET is non-trivial and fraught with error. If we didn’t take an extremely disciplined and maintainable approach to building such bindings, we might lose all the stability, safety, and performance benefits of writing our libraries in Rust in the first place.

Additionally, the bindings needed to feel as if they were written entirely in the target language. They needed to follow the proper conventions, naming, and patterns for that language.

We have extensive experience in providing bindings to native libraries and have learned some important lessons from it.

OpenDNP3, a library written in modern C++, exposes Java and .NET bindings. To ease the pain of interacting with Java Native Interface (JNI), we wrote a code generator in Java to generate error prone parts of the bindings and add type safety using the C++ type system. This code generator has proven to be extremely valuable, saving us a lot of time. However, there was still a lot of code to write by hand, and this resulted in many minor issues over the years. Also, the code generator was tightly coupled to OpenDNP3 and could only assist with the Java bindings.

The lessons we have learned from OpenDNP3 project are:

There are already some solutions available to generate bindings in Rust. Unfortunately, each solution targets only a single language or has other serious drawbacks. For example, cbindgen generates C and not-so-natural C++ headers by parsing Rust code. Dotnet-bindgen generates C# bindings using P/Invoke. Each solution requires its own annotations and process to generate the code. This translates to many potential sources of inconsistency and errors, not to mention the time required to maintain each binding technology.

There are some projects to help writing the C FFI binding by eliminating some of the required glue-code. One interesting project is safer_ffi. This only solves part of the problem as it doesn’t generate the bindings in other languages than C.

Then of course there’s the venerable SWIG project. Swig parses your C headers along with additional metadata from an “interface file”. It can generate bindings in many target languages. The downside is that there is no integration with Rust and the generated bindings are not idiomatic. We would end up with a product where the developer feels like they are programming C in a higher-level language. SWIG doesn’t always make the best decisions, and we wanted tight control over the binding code that is emitted.

For our new projects, we decided to create a unified solution that we could reuse across multiple protocol stacks. With a single tool, we wanted to be able to generate bindings for multiple projects for multiple target languages.

The goals for this project were the following:

The only stable ABI that exists between Rust and any other language is the C ABI. We needed an approach that would allow us to simultaneously describe the C ABI, and how it maps to an abstract OO API.

The expected workflow is the following:

Each target language has its own backend generator that can emit all the required artifacts:

From our perspective, this approach helps us focus on the really important part: the actual protocol stack. The effort required to write the schema and the glue-code is small compared to development of the underlying library. The advantages are numerous:

From the user perspective, the library looks and feels like any other library written in their language of choice. This proved to be one of the more challenging aspects of this endeavor, and is harder to achieve than one would first think.

For simple libraries, the existing code generators might be sufficient. However, our protocol stacks revolve around lots of asynchronicity. How one handles asynchronous operations varies greatly from on language to another.

For example, in C, asynchronous operation usually involves a function pointer with a context argument (i.e. void*) that gets called whenever the operation is complete. The following code sample is from the C API for our DNP3 library. It starts a read request and receives the result asynchronously via a callback.

However, in C#, best practice nowadays is to use C#’s excellent async/await functionality which revolves around functions returning values of type Task<T>. Our code generator for C# transforms the C callback API into .NET Tasks which can then be awaited.

In Java, asynchronous operations are idiomatically represented by a CompletionStage that can be composed to chain asynchronous computations together and schedule them on a thread pool. The same example in Java would look like this:

A development team can be working on either end of the wire and our products will be easy to integrate. For example, your team might be integrating a new protocol into your supervisory system running on Microsoft .NET or be writing the firmware of a resource-constrained field device in C, and they both can efficiently use the same underlying library with all the safety and performance benefits Rust has to offer.

Because the code generator does all the hard work and is shared across all our projects, we expect it to lower the risk of bugs between the target language and the core library.

To further make sure that our binding code is safe and robust, we develop an extensive test suite that gets executed in all target languages on as many target platforms as possible.